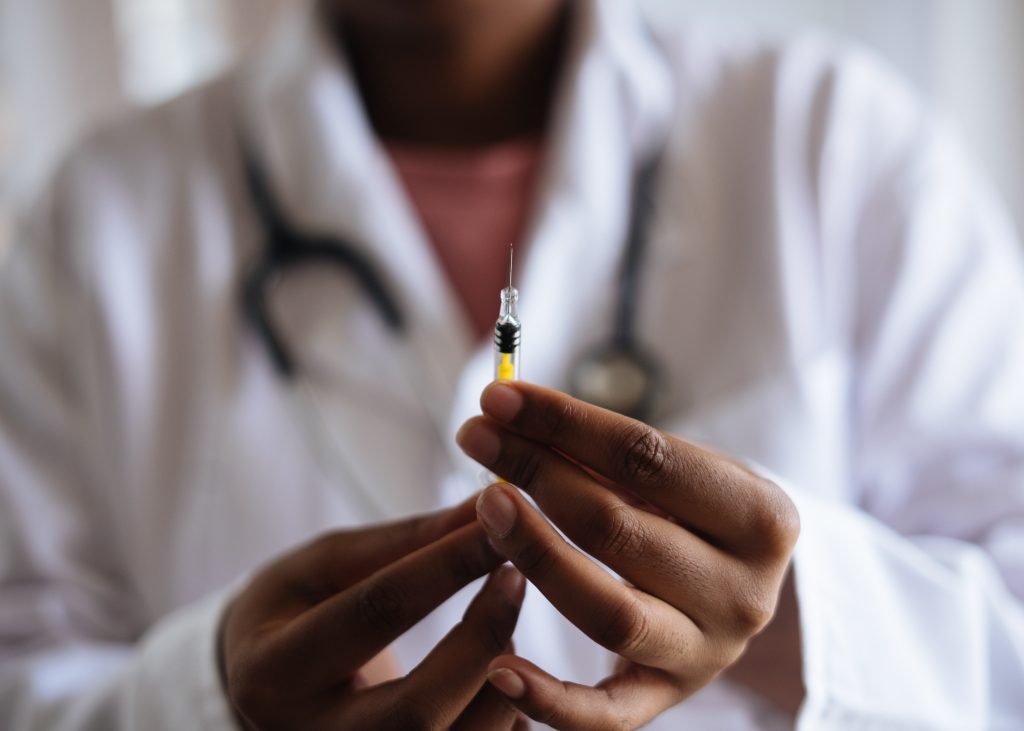 “It was the last day in 2020 that we met in the Purpose Circle, but the groundwork it laid prepared us for the battle ahead. This day was the beginning of our moonshot.” – Pg. 14

As a proud member of the pharmaceutical industry, I knew that Pfizer CEO’s new book, Moonshot, would be a must-read. Sure enough, it was excellent. I would recommend it to anyone in the industry. It will help you stand taller and feel more pride in what we do.

Moonshot is a firsthand account of the Pfizer team’s real-life journey to develop a vaccine for Covid-19, but it reads more like a fictitious, can’t-put-it-down novel. As we all watched and waited for something or someone to save us from the pandemic, these superheroes were doing what they do best—using the power of science to make the impossible possible.

How did they do it? How did they move from a timeline of ten years to eight months—from a capacity of two hundred million doses to three billion? Aren’t you curious about the conversations that were had and the decisions that were made?

Moonshot offers a behind-the-scenes look at the challenges, lessons learned, and core values that were key to winning the battle against Covid-19. Dr. Albert Bourla, Chairman and CEO of Pfizer, pulls back the curtain and gets real about his beliefs and his leadership philosophy. He also discusses the challenges in pharma that we all know so well, including trust, pricing, and reputation. And finally, he exposes the reality of the scientific and political challenges they faced in a play-by-play account of the harrowing journey to save the world. It’s incredible!

Most importantly, Dr. Bourla reveals the one thing that made it all possible. Read on to learn what that was and how you can incorporate this one thing into your everyday life to overcome your own challenges at work and beyond.

Idea #1: Purpose as the driver

“But the most impactful change was the cultivation of a purpose-driven culture.” Pg. 189

What was the key to making the impossible possible and developing a vaccine for Covid-19 in just nine-months? Ready for the answer?

Dr. Bourla says the key to success was a purpose-driven culture.

“In all businesses, companies that stay true to their purpose perform far better than those that do not,” he says.

He has a resolute belief that “in our industry, the only way to drive growth is by creating a meaningful, positive impact on the lives of patients.” For that, he says, they “had to transform Pfizer into a patient-centric organization focusing on science and innovation.”

Albert encourages every member of his organization to ask themselves three questions during every step of their journey:

Idea #2: The challenge and out of the box thinking

“I still remember their surprised faces projected on my computer screen…. It was shock and confusion over what exactly I was asking them to do. They felt it was impossible.” – Pg. 36

Imagine the pressure—feeling the desperation and hopes of billions of people and millions of businesses and hundreds of governments—as the world faced an unprecedented crisis, and looked to you, your industry, and your company to find a solution. Such was the case in 2020. As countries became paralyzed with lockdowns and practical fears, the stakes were beyond belief. The health of the whole planet and the fate of the global economy hung in the balance. And as if there wasn’t enough to worry about, they were working against polarizing political debates and an increased mistrust of news sources.

“It could not be done. But it had to be done…I asked them to go back and rethink everything from the beginning and make the impossible possible.” – Pg. 36

Dr. Bourla told his team that they must have a vaccine by October. To help everyone conceptualize the importance of their mission, he asked them to calculate the number of lives lost if they did not achieve it. The task was so overwhelming that they had to rethink, redesign from scratch and be creative at every single new step of a new process. They were told not think of the ROI; Bourla made it clear that money was not an issue.

And thus, they proceeded. Outside of the box thinking was required for all aspects of the process, from the basic science to the clinical, manufacturing, and regulatory issues.

This thinking extended to the design of Phase 1, 2 and 3 programs, which had to be vastly different from anything that had come before. Rather than building on each other they were built beside each other. Not only that, but the team needed to build new industrial formulation equipment that didn’t currently exist, construct freezer farms to store doses at negative seventy degrees Celsius, manufacture dry ice, and create packaging boxes that transmit location and temperature to a control centre.

The list went on and on. The project required every member of the team to be driven by their purpose and access innovative ideas like never before.

Idea #3: Actionable ideas for you

“When committed individuals come together, the force and effect of their collective efforts accelerate even more- that is, the sum is greater than the parts.” – Page 45

Dr. Bourla also describes how every member of his organization can live their purpose. He talks about Luis Perdomo, a barista in their café in the New York office, who is very aware that he sets the tone for the day. He chooses to go above and beyond in his role, greeting Pfizer employees with smiles, a kind words, and—if you’re lucky—morning hugs. (p. 10). He brings this fantastic attitude and energy to his work despite losing his son to cancer a few years ago.

How will you connect to the meaning in your work and bring your best self to your role, just as the Pfizer team did? What do you need to do to better push your essential piece of the puzzle forward, faster?

Maybe you will improve your skills, or perhaps redesign a process that is taking too long. Maybe you will simply choose to assume best intent from others and choose forgiveness and tolerance more often. Think about it this way: what is the one most important thing you need to do in the next six months to make your biggest difference?

We all know how easy it is to get lost in the weeds and forget the purpose of our work—the patients. That’s why Dr. Bourla asked each member of his executive team to submit a picture of the patient that inspires them and mounted the photos on the wall of their boardroom. Then, he removed the table from the room and rearranged their chairs in a ring, which he named “The Purpose Circle.” The changes to the space reminded the team to constantly think about why they do what they do.

What do you need to do each day to remind yourself of your purpose—to take your Vitamin P? It could be as simple as placing a picture of a patient who inspires you on your desk. Maybe your team will take turns bringing a patient story to each meeting. Maybe you will start sharing a short version of your ‘why story’ with your collaborators. Maybe you will volunteer for a patient association event.

The possibilities and ideas for reminding yourself of your purpose—and living it every day—are endless. The key to sticking with them? Desire and commitment. I challenge you to start your list of ideas now and implement just one idea before the end of the day. Maybe your idea will be to read this book! That will be an awesome dose of Vitamin P!

There is so much more to this book. Read it yourself to learn Albert’s story, how his mother’s escape from Nazi Germany inspires his decisions, the details of his phone calls with U.S. Presidents Trump and Biden, and so much more. You will feel as if you were right in the room during their greatest challenges and their biggest wins. On page 65, you share in the joy when Albert receives the incredible news from Pfizer’s biostatisticians of the efficacy and statistical significance of the vaccine. He said they were so much higher than anticipated that he thought he heard them incorrectly!

This is the best news story of the decade and it’s from our industry. Be proud! Stand tall! Connect with your role in improving lives. After all, this is why we do what we do—to save and improve lives.

As Albert says, “Looking back, I think this attitude—time is life—was the most important success factor for this project.”

PrevPreviousSurprising Lessons for Medical Presenters from the Acropolis
NextBook summary: The Power of Regret by Daniel PinkNext
Yes, I want to learn more to help my team
Scroll to Top