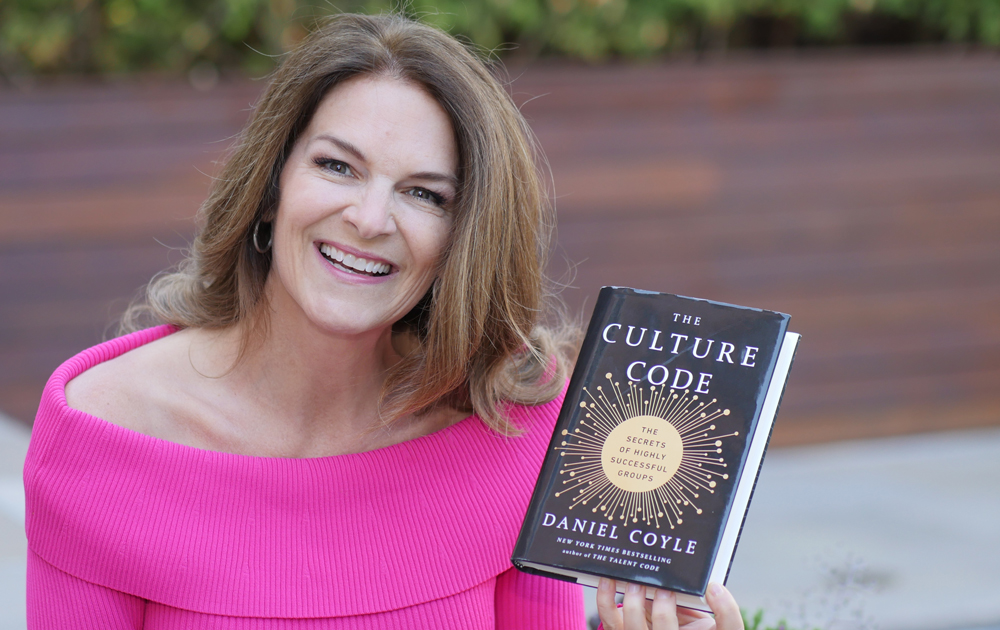 You know it when you see it; a strong culture. You also know it leads to success. (A Harvard study of more than 200 companies shows it increases net income by 765 percent over 10 years.) But how do you get?

Daniel Coyle tackles this challenge head on. He teaches us how by sharing fascinating stories from the world’s top-performing cultures and dissecting exactly what makes them tick. He then layers on the science of how trust and belonging are created. And finally, he uncovers what the leaders of high-performing cultures do right.

Successful cultures, while they look like magic, are not. Culture is a set of living relationships working toward a shared goal. It is not something you are. It’s something you do.

In life science companies, creating a culture of patient centricity is now more important than ever before. The Aurora Project’s 2nd Annual Patient-Centric Benchmark Survey asked >1,200 participants how important it was that pharma, biotech and medical device companies delivered on their patient-focused missions/visions. Nine in ten (91%) participants ranked the importance an 8 or more out of 10. However, when asked to rate their confidence in their companies’ ability to deliver on those mission/visions, three in ten (30%) selected 8 or more out of 10. Yikes! That’s quite a gap!

So how do we do it? Read on for lessons from Daniel Coyle. Below is the big picture summary of his book followed by a summary of 2 ideas that are especially relevant to us in life science companies.

“These three skills work together from the bottom up, first building group connection and then channeling it into action.” P. xiix

The book is divided into 3 sections describing the 3 key skills to creating culture:

Idea #1: You can’t manage what you can’t measure

“The main challenge to building a clear sense of purpose is that he world is cluttered with noise, distractions, and endless alternative purposes.” p. 232

Let’s start with why (as Simon Sinek teaches us) and focus on purpose. In the pharma/life science industry we are on a movement to being purpose (or patient)-driven. Every company has this patient centricity in their vision and mission now. But, without it trickling to the hearts and hands of each person, so what?

One solution is to measure what matters (point d from above). A great example comes from the early days of Zappos. Tony Hsieh is famous for creating a culture of delivering happiness (not shoes). He noticed that call centre workers were being measured by the standard number of calls per hour and realized that this was at odds with their purpose to deliver happiness. It was driving unwanted behaviors like haste and brevity. He banished that measurement and replaced it with Personal Emotional Connections (PECs). What did this mean? Creating a bond outside the conversation about the product.

But that’s much harder and less precise than simply counting number of calls, you might counter. Indeed, it is, but precision is not the goal, creating awareness of and alignment with their purpose and directing their behavior toward their mission is the goal.

Translating this back to pharma/life science companies. One can predict that the most successful companies will have a culture of “delivering health” (not drugs). Company reps will be measured not on number of calls to doctors but rather on Patient-focused Connection (PFCs). This would create a bond around the best interest of the patient.

“How can a handful of simple, forthright sentences make such a difference in a group’s behavior.” P. 177

You likely remember (or heard about) the Tylenol scare in 1982. In Chicago 6 people were dead from ingesting Tylenol laced with cyanide. Panic ensued. Police roamed the streets using bullhorns to warn people, Boy Scouts went door to door. The Tylenol poisonings generated the widest U.S. news coverage since the Kennedy assassination.

At J&J headquarters, an office was converted into a makeshift war room where as information came in – victims, locations, lot numbers of the pills, location of purchase were taped over the walls. What to do? Urgent questions with no answers were everywhere. The only certainty was that Tylenol was finished. But why, then, does every person reading this, have a bottle of Tylenol in your medicine cabinet?

So, let’s fill in the middle. This story begins 7 years earlier when their president, James Burke, summoned 35 senior managers to discuss their Credo, written 32 years earlier. The Credo begins “We believe our first responsibility is to doctors, nurses and patients; to mothers and fathers and all others who use our products and services.” And continues for 311 words describing priorities to first customers, then employees, then community and finally stockholders.

The problem, as Burke saw it, was that the Credo didn’t seem to matter to employees and he questioned if it was still relevant. Many felt it was merely a PR gimmick. Burke wanted to determine the role of the Credo in the company’s future. Debates ensued. “I think the Credo should be absolute,” said one manager. “Don’t kid yourself,” said another, “the purpose of the business is to make a profit.” And so on.

By the end of the process, they reached a consensus. They would recommit to the existing Credo. As a first step, Burke recreated these conversations at all levels in the organization. And it seemed to work. A fresh awareness was created. Did it lead to performance changes?

Fast forward 7 years to the war room described above. What should they tell the public? What should they do with Tylenol products on the shelves around the nation? The FBI and FDA strongly recommended they limit the recall to Chicago.

The team thought about it, then ignored the advice. They ordered an immediate, national recall of every Tylenol product – at a cost of $100 million. When asked “Why?”, what do you think he said? “We believe our first responsibility is to doctors, nurses and patients; to mothers and fathers and all others who use our products and services.” The words of the credo led their actions.

Over the next few weeks, they transformed themselves into a public safety organization. They publicly expressed regret and grief and shared the steps they were taking to ensure safety. Six week later, they introduced new tamper-proof packaging. And then, something unexpected happened. Their market share, after dropping to zero after the attacks, began to slowly climb back and surpass previous levels.

Thousands of decisions needed to be made by J&J people to lead to the positive outcome. Each of those decisions resulted from their strong culture that created hearts and minds focusing on serving the patients first.

Successful cultures don’t just descend from above, they are skillfully created in never-ending, intentional efforts. What culture do you want and what steps will you take to create it?

PrevPreviousThe Four Tendencies
NextThe Path to Patient Centricity: Closing the ‘How’ GapNext
Yes, I want to learn more to help my team
Scroll to Top